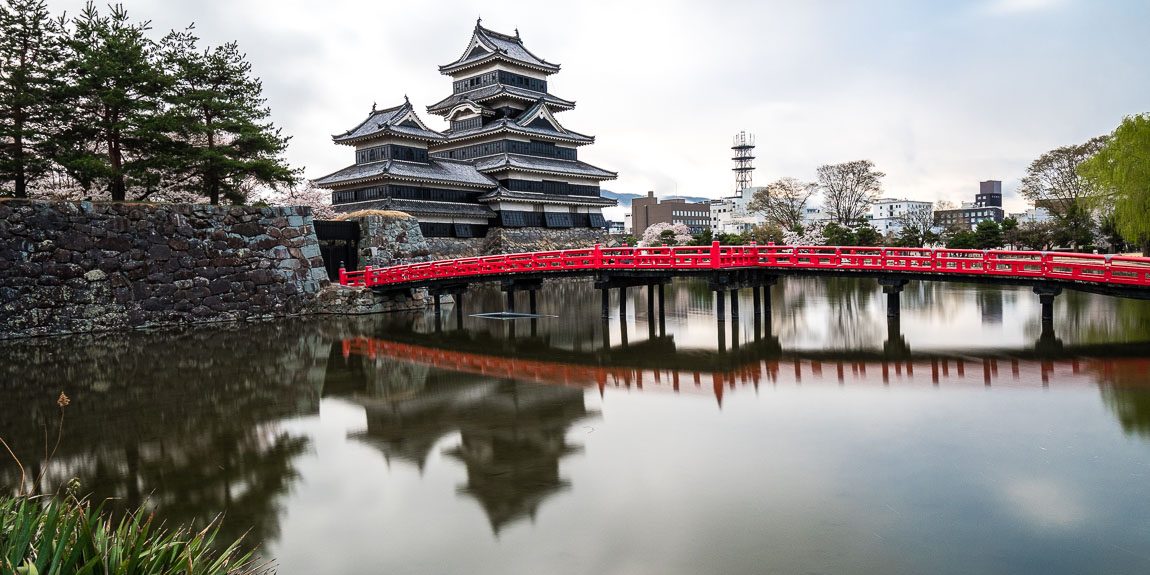 After about 6 months of planning, me and a friend finally flew off to the land of crazy architecture and the birthplace of Weebdom to experience Japan first hand. It turned into an incredibly fun trip, beautiful scenery, lots of arguments about a drink called CC Lemon, and temperatures way below what we were expecting and which we definitely weren’t prepared for.

We flew into Tokyo and immediately set about activating our rail passes.This surprisingly took us a lot longer than we were expecting. While I set off to pick up our pocket wifi, Andy got in a 2 hour queue for the rail pass in what is apparently the sun. Fortunately, Andy suffered the heat alone while I sent him mocking messages via airport wifi.

We then set off for Matsumoto by Train where we would spend one night. Including the flights and the train from Tokyo, it took us about 25 hours to get to our first hotel. Neither of us slept on the plane so we were pretty crushed by the time we reached Matsumoto. Was worth it in the end as the city turned out to be one of my favorite destinations on the trip.

We visited a local restaurant where no one spoke english and the menu had no pictures, but we got the waiter to bring us his suggestions and we had some of the best chicken wings of my life. Hit up Chill Bar if you’re ever in the area.

The next day we set off for Mount Hotaka where we spent 2 days. This was the highlight of the trip for me as we woke up the first morning to find snow covering everything.

After that, we got on a bus to Kyoto where we had a nice guided tour of the Bamboo Forrest and surrounding shrines.

From there, we headed to Himeji. We visited another restaurant with no English and asked for chicken. It was about halfway through a skewer of mystery meat that Andy found out he was having chicken heart. The memory of his reaction will warm me for the rest of my days. He did not have any more.

The next day we visited Himeji Castle (seriously, the Castle is the only thing to see in Himeji) and immediately set off for Osaka. One aquarium, Castle, and several shrines later, we were off to Tokyo just as our rail passes were ending.

Tokyo was a blast and there was a lot of beer and sake. We did spend one day on a trip to Hakone near to Tokyo which was easily the worst part of the whole trip.

Thankfully, Tokyo made up for the let down of that one day and we thoroughly enjoyed our last couple of days exploring the city and different regions.